by Rudy P. SysAdmin at howtofindthemoney
Greta Thunberg, the 16-year old Swedish girl who lectured the United Nations on climate change, is being touted as a possible Nobel Prize winner. She believes she and her white Swedish teenage friends have to save the world from us terrible oldies who created the oil and coal industries.
She will be appalled by the plea of India’s coal secretary, Subhash Chandra Garg, that India must urgently expand its coal production from 600 million tonnes a year to a billion tonnes per year to meet basic energy needs. Yet Garg is right. Thunberg made headlines by sailing to the US in a solar-powered-ship to avoid using fuel oil. Does she have any idea of the enormous electricity used to produce the solar cells in her ship?
India is a lower middle income country. Sweden is among the richest. Despite the green sermons, Sweden’s annual per capita carbon emissions are 4.5 metric tonnes, higher than India (1.7 metric tonnes), Pakistan (0.9 metric tonnes) or Bangladesh (0.5 metric tonnes). South Asians can double their carbon emissions without matching Sweden’s prodigality. 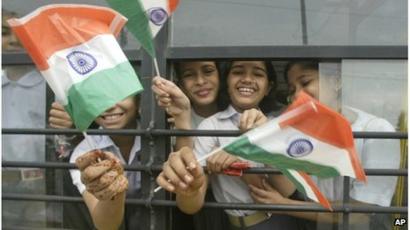 Widespread activist attempts to stop all oil and coal production are hypocritical. A total switch to solar and wind energy is impossible since these are produced only intermittently when the sun shines and wind blows, maybe 25% of the year on an average. For the rest of the time, India needs coal-based electricity. Maybe new electric storage technology will ultimately change that, but today India needs massive coal expansion for thermal power.
Current carbon emissions are just the tip of the iceberg. More than 90% of historical carbon emissions since the industrial revolution are the cumulative emissions of rich western countries and Japan. The share of developing countries, including India, is a tiny fraction. Sorry Greta, the problem is not that grown-ups like me have ruined your future but that rich Swedes are still emitting more carbon than coal-using Indians.
Economist Kirit Parikh once framed India’s policy as being “we will never emit more carbon per capita than the West”. This would allow India to raise its emissions six-fold or more without being worse than others. Modi has embraced renewables massively. Even so, for round-the-clock power, India will have to create much more coal-based capacity. If the West develops viable carbon-capture technologies, India will happily adopt those.
The greatest carbon emitters are small oil producers and island economies, led by Qatar (43.9 metric tonnes). Of the industrialised countries, the USA is easily the biggest emitter (16.5 metric tonnes) followed by Australia (15.4 metric tonnes), Canada (15.2 metric tonnes), Russia (11.9 metric tonnes), Japan (9.5 metric tonnes) and Germany (8.9 metric tonnes).
Coal India Ltd is a truly third-rate coal producer. Despite Modi’s rah-rah talk of renewables, imports of thermal coal in 2018 grew at a record 19% to 172 million tonnes. This is insane because India has the third largest coal reserves in the world. For India to be importing coal is like Kuwait to be importing oil. It is crazy.
India nationalised coal in the 1970s in the belief that the public sector would optimise coal production. What a hope! In underground mines, India’s output per man shift (OMS) is a pathetic 0.8 tonnes against no less than 40 tonnes in Australia. In open cast mines, India has improved recently from an OMS of 8.6 tonnes in 2007-08 to 16.6 tonnes in 2017-18, but this is still way behind Australia’s best (75 tonnes). Enough said.
Political parties have over the years slowly and reluctantly, chipped away at Coal India’s monopoly. First private production was allowed but only for captive consumption. Last year, full commercial mining was allowed, but no auctions took place. Earlier, foreign companies were allowed only a 25% stake in coal, but finally in August 100% FDI was allowed by the automatic route.
Is this too late? Globally, coal mining giants are under fire by activist investors and NGOs, and some are selling coal assets. The World Bank and some other financiers will not finance coal mines. But Indian banks will. India is one of the few countries where coal still has a big future for at least a decade or two.
Garg argues, rightly, for auctioning massive world-sized coal blocks, not the small ones of past years. Environmental and tribal clearance, plus railway links, must be obtained in advance, so that projects do not stall halfway. This requires a sea-change in culture that is absolutely necessary. India may one day become the world’s biggest solar energy producer but needs to underpin that with thermal power.
The 10 largest coal producers and exporters in Indonesia:
Click Here! Top Clean Coal Contractors for Power Plant, Gasification, Liquefaction and Emission Control System
Source: India Times