Republicans Are Creating New Opportunities and Technologies for Coal Carbon

by Rudy P. SysAdmin at howtofindthemoney
Coal is dead, gone, fin. RIP, right? Well, not if Republicans have their way.
It seems the GOP has accepted that coal just won’t survive in the energy market, so they’re now trying to find a place for it elsewhere in our economy. On Wednesday, Wyoming Rep. Liz Cheney introduced the “Creating Opportunities and Leveraging Technologies for Coal Carbon (COAL TeCC) Act.” Otherwise known as HR 5704, the legislation seeks to create a program within the Department of Energy that would allocate $5 million annually toward researching what products coal can become besides climate-damaging fuel.
Given the urgency of the climate crisis and the rapid need to move away from these dirty fuels, I’d argue the U.S. should be investing its money into researching clean energy technologies, not fighting to keep the coal industry alive. 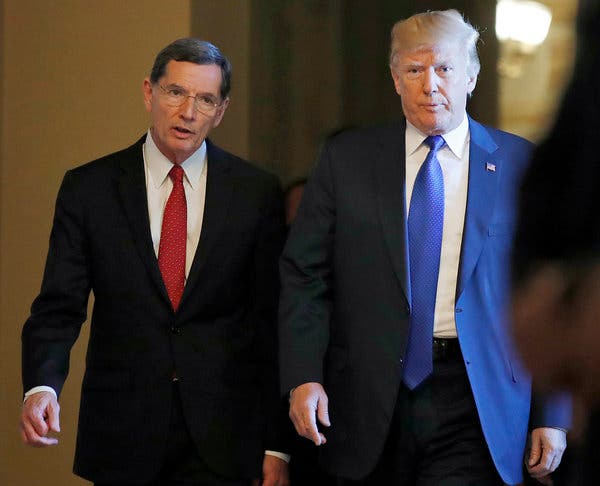 Still, you gotta sympathize a bit with Cheney. She and her West Virginian co-sponsors—Reps. David McKinley and Carol Miller—represent two of the states hardest hit by the slow death of coal. That’s because they produce a shit-ton of coal. Even today! In fact, Wyoming produced 304 million short tons of coal in 2018. West Virginia was the second-largest coal producer in 2017 (after Wyoming, of course), and these states don’t want to let all that coal go to waste.
I mean, the bill offers an interesting idea. Thousands of workers are employed in these mines. In Wyoming alone, there were more than 5,000 coal workers in 2018. And all that coal production brought in $790 million for the state that year. I’m not against a future where water filters, car parts, and bikes are made out of coal. (These are all objects that Republican Sen. John Barrasso of Wyoming mentioned in his announcement of the partner bill in the Senate.) These states’ economies need something new they can rely on, but, ideally, this research would be happening in tandem with a just transition and alongside an increase in research to better develop renewables.
And mining coal is not really that great in the long-term. This work can lead to black lung, a dangerous (and potentially deadly) disease that afflicts coal miners who inhale the dust particles of coal itself. And it’s actually on the rise. I don’t know if people should keep working these jobs. Why not find workable ways to transition them toward healthier, safer jobs under a green economy, instead?
This is the whole premise for a Green New Deal, after all: creating new jobs and economic opportunities for those left behind by the climate crisis and the fossil fuel companies that created it.
The 10 largest coal producers and exporters in Indonesia:
Click Here! Top Clean Coal Contractors for Power Plant, Gasification, Liquefaction and Emission Control System
Source: Gizmodo

ONPASSIVE​ is a Wealth Machine !

ONPASSIVE​ is going to blow the minds of the unbelievers https://youtu.be/g-_GoPP_YlY