by Rudy P. SysAdmin at howtofindthemoney
The wind industry is built on lies and runs on subsidies, so it’s no surprise that the market has taken revenge on wind power outfits pitching up overblown output forecasts.
One of them, Orsted (part owned by the Danish government) has seen its share price slashed, as investors recognise that they’ve been had. The knock-on effect has seen the share price of Danish wind turbine maker, Vestas also take a substantial hit.
Vestas is already in dire financial straits, having recently determined to eliminate some 600 of its groovy ‘green’ jobs. Its rival Siemens Gamesa, has also been forced to wield the axe, sacking 600 workers in its Danish operations.
In a case of, ‘it couldn’t have happened to a nicer bunch of lads’, we’ll start with a lament from the renewable energy propaganda outfit, Bloomberg.
Offshore wind gets a warning from its biggest developer
The world’s biggest developer of offshore wind farms issued a reality check to the industry, saying it has overestimated the amount of time its turbines are generating electricity.
Copenhagen-based Orsted A/S announced that offshore wind farms wouldn’t produce quite as much power as previously forecast. The adjustment could shave millions of dollars of revenue a year off each project. It’s also a warning to other developers who may have used similar analysis to estimate the economics of their projects. 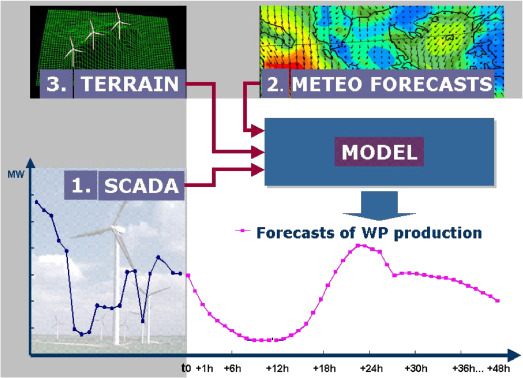 Orsted is the leader in placing turbines at sea, with projects across Europe, Asia and the U.S. Even so, those wind farms with blades wider than the wing span of jumbo jets are relatively new, and they have relied methods to analyze wind strengths that haven’t yet racked up a long track record.
“Our findings point to a higher negative effect on production than earlier models had predicted,” Orsted’s Chief Financial Officer Marianne Wiinholt said on a call with reporters. “This is not a a major setback for the industry at all. The industry will still grow. We are more competitive than gas or coal.”
Shares in Orsted sank as much as 10% in Copenhagen after the news, which came a day ahead of the company’s planned release of its financial statement. The company, which is half-owned by the Danish state, kept its full-year outlook unchanged for 2019.
Turbine maker Vestas Wind Systems A/S fell as much as 3.5%, as did SSE Plc, which recently won U.K. government contracts to support the construction of what will be the biggest offshore wind project in the world.
Industry Effect
Other developers may soon find similar problems. Orsted regularly compared its estimates to those from external consultants that are used widely in the industry, Wiinholt said. Usually Orsted’s models were actually below those benchmarks, she said, meaning more optimistic competitors could face an even steeper re-adjustment.
“It is an industry-wide issue,” Wiinholt said.
The tests show that the company’s current production forecasts underestimate the negative impact from the so-called blockage effect, which arises when the wind slows down as it approaches turbines. It also underestimated the negative effect of the so-called wake effect, in which wind speeds drop between wind parks, it said.
The change will drop what’s called the lifetime load factor to 48%, down from a range of 48%-50%. That figure represents an estimate of how much electricity the machines produce divided by the potential capacity of the turbines. Since the wind doesn’t always blow strongly enough to turn the wind turbine blades, the load factor is always lower than capacity.
The number seems small, but for a giant windfarm like Orsted’s Hornsea One off the east coast of England, a change could shift income by 10s of millions of dollars every year, according to an analysis by BloombergNEF.
“2% is a big deal,” said Tom Edwards, an analyst at Cornwall Insight. “Over the lifetime that’s a lot of energy.”
Orsted has spent recent years cementing its transformation from a utility based on fossil fuels to a renewable energy giant.
As it looks to cut costs, the company will look to trim its staff to help save 500 million to 600 million Danish krone ($74 million to $89 million).
There’s something fishy about wind power output forecasts.
Orsted’s electricity paradox: more turbines mean less wind
Offshore wind farms will generate less electricity than expected because turbines slow wind speeds more than had been forecast, the world’s biggest offshore wind developer has warned.
Shares in Orsted, which is majority-owned by the Danish government, dropped by 7.4 per cent to DKr577 after it cut its long-term financial forecasts on the back of what it said was likely to be an “industry-wide issue”. Turbines and entire wind farms may be a greater brake on wind speeds than expected, to the detriment of neighbouring turbines and projects, the company claimed.
Orsted, the former Dong Energy, has built more offshore wind farms than any other group. It owns eleven sites in British waters and is building two more: Hornsea One, already the world’s biggest, and Hornsea Two, which will take the title when it is completed. It also has projects elsewhere in Europe, in the United States and in Taiwan.
The company shocked investors yesterday by saying that it had reviewed extensive data from its projects and had concluded that “current production forecasts underestimate the negative impact of two effects across our asset portfolio”.
The 10 largest coal producers and exporters in Indonesia:
Click Here! Top Clean Coal Contractors for Power Plant, Gasification, Liquefaction and Emission Control System
Source: Stop These Things