Recycle (just) waste, are we sure it's still a good idea?

The recent controversy on how to manage bioplastic waste has had a completely predictable outcome: the return of the party of incinerators which re-proposes the magic solution that makes waste disappear from sight, even if not from the atmosphere we breathe. There is a reason for this return: the latest events have highlighted the limits, if not the failure, of the current urban waste management policy, all based on separate collection and recycling. 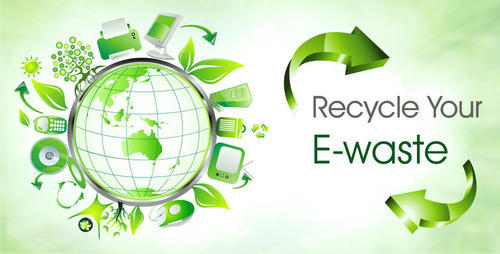 Mind you: recycling waste is a good thing. And we must not even cheat on the legends that say that the differentiated waste is then mixed together and thrown into landfills. It is not so, indeed, in years of work we have created a first-rate infrastructure for treating urban waste: it is the heritage of the whole society that must be valued.

However, it is also true that there are limits to the recycling of waste: just to give you an idea, in India in 2016 less than 50% of the plastic put on the market was differentiated and no more than 25% of it was recycled. Clearly, it is not enough to avoid finding the micro plastics on the plate and in the glass. But why can't we do better than this? It is not due to bad will or incompetence. It is normal, even if in other cases it is a little better than this. For example, about 88% of packaging is differentiated with paper, but only 80% is recycled. But paper is an easy material to recycle: plastic is something else, there are so many different types, plus the matter of bioplastics to complicate things. Thus, the differentiation is already far from perfect (go and visit a waste treatment plant to see the amount of rubbish that people throw where it shouldn't be thrown away: I've done it many times, it's impressive). Then there is a cost problem due to a well-known economic principle: that of diminishing returns. Recycling a little is easy; recycling a lot starts to cost a lot. Recycling a lot costs a lot.

Thus, it is happening that the recycling of waste begins to become a burden on the finances of citizens already in difficulty at a time of economic contraction. This gave rise to the controversy over bioplastics: existing composting plants cannot treat them, new plants would be needed. But who pays? Obvious: the citizen. See the problem.

So what do you do? Burn everything the way incinerators want to do? Not necessarily. We can do better than this with good urban Plastic waste management based not only on recycling, but on the three fundamental pillars of the circular economy: recycling, reuse, and non-use. The problem is that in India the policies of reuse and non-use are almost non-existent. We have seen this with the recent controversy over disposable tableware. Instead of moving towards reusable dishes, the proposed solution was the use of (theoretically) compostable, but always disposable, materials.

But re-use and non-use are solutions that do not require complex plants and treatments and the costs for the citizen are minor. In India, for example, we tend to recover plastic bottles many times before recycling them. So why don't we do it ourselves? It may be that the reason is the perverse mechanism of the lobbies that push for solutions that bring the greatest economic return, but not necessarily the best. The recycling of waste would certainly not be the only case in which the interest of a lobby does not coincide with the interest of the citizen.

However, let's not despair. The fact that we have reached the limit of recycling means that we must realize the need to change. The European Commission is already giving us a robust hand that has clearly said that, compostable or not, the disposable must disappear from 2021. From here, we can go on. Reusable glass milk bottles like they once did? Why not?