Browse Articles  »  Gaming  »  Recon Expert: Everything to Know About The...

Recon Expert: Everything to Know About The Rarest Skin in Fortnite

Fortnite can be almost deemed as a worldwide phenomenon right now. Eventually starting off as a different type of game, Fortnite reached the present fame it has when it delved into the “Battle Royal” category of games. Since then, Fortnite has been top trending in one platform or another due to its immense replay-able value. Many people still do not like the game probably because of the cartoonish outlook it has, but credit should be given where credit is due. Fortnite now has worldwide esports competitions worth millions of dollars and has almost turned the gaming industry on its head. 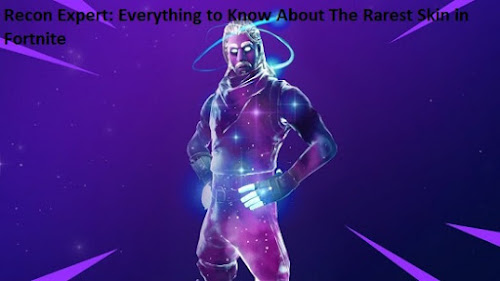 In games such as these, I mean battle royal ones, there are always in-game shops where you can buy skins for your characters or your guns and accessories, but sometimes, some of these gears reach a legendary status because of how rare they are. These objects become rare for a variety of reasons, like being available for sale for minimal time periods or they were available really early and are nowhere to be found now. The skin which is known as the “Recon Expert” was one such skin that reached the OG status in the game because of how rare it was.

So why was this skin so in demand and so rare? The “Recon Expert” was initially available in the Fortnite shop when the game originally launched in 2017. But because the game wasn’t so popular at that time, very few people bought it. It was on sale for 1200 V-bucks then. The skin had disappeared since and never seen again. The craze after this skin didn’t rise because of how it looked, but because of how rare it was. Every other Fortnite skin was offered in rotation but not this one. Eventually, it was turned into a badge proving its “OG” status in the game.

The recent uproar for the skin started again when Epic Games, due to the insane demand of the skin, introduced the skin in the shop with an updated version of it where you can remove the hat for the similar price that it was for originally, 1200 V-bucks. The catch however of this skin was that it was introduced without any prior announcements and the sudden rush almost crashed the server. Like any other skin, this one too is out there for a limited time period and is said to be taken out with the next shop reset. So if you want to get your hands on one, better get to it.