Pokémon Sword and Shield: How to Evolve Rockruff

Evolving a Pokémon is a very integral part of the game; it defines who you are as a trainer and definitely makes your Pokémon better at everything than it was before. For every trainer out there, who wants to evolve Rockruff into a Midday, Midnight, or Dusk Form Lycanroc in Pokémon Sword and Shield will find all the details they need here. 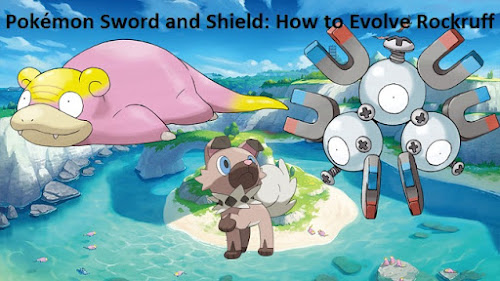 Pokémon has always had a dedicated player base, and this has led to the continuous flow of new material into the genre and game. The latest addition to the newest Pokémon game Sword and Shield is the DLC “The Isle of Armor”. This DLC brought back a lot of the old Pokémons even from the older generation to the much newer settings. One of such returning Pokémons is the Rockruff, which was earlier found in the Alola region. And much like other Pokémons, it can be evolved into three different forms. Those are the Midday, Midnight, and Dusk Form Lycanroc, and this guide covers how to evolve Rockruff into all of them.

What this means is that a player will need to have to obtain a Rockruff with Own Tempo and precisely evolve their Pokémon exactly between 7 to 8 pm to get a Dusk Lycanroc. What might throw all but especially veteran players off is that this timing is slightly off than the previous Pokémon game “Ultra Sun and Ultra Moon”. But this standard method explained, players need not get into the tedious routine. For trainers who really want to get a Dusk Form Lycanroc can simply bypass the whole evolution process if they so wish because this Pokémon can actually be found in Pokémon Sword and Shield raid battles.

Fans and players who plan to get their Dusk Lycanroc through this process rather than the standard one, are advised to keep on the lookout for a purple beam den near the Tower of Darkness, which is pretty much sure to happen if the player is going around playing in the Pokémon: The Isle of Armour DLC. This process is obviously not the same with the classic style that players have been following, but it sure is easier than catching an Own Tempo Rockruff in the wilds, given that the player is strong enough to win a raid battle.

Being able to get a Dusk Lycanroc is sure tempting as it is that much rarer than the other two, but Midnight Lycanroc and Midday Lycanroc are beautiful Pokémons in their own rights. But anyhow, after the player is done getting their hands on a Dusk Lycanroc, one can go about collecting and evolving all the different, old and new, Pokémons that the new DLC has brought in the game. For instance, evolutions that were not open before or were not available are not included in the game. For example, it is now possible to evolve a Galarian Slowpoke into a Slowbro in Pokémon Sword and Shield. And there are a lot of newer introductions to the game and a lot more for the player to go about and explore.