Browse Articles  »  Health & Medical  »  No One Dies from Disease

No One Dies from Disease 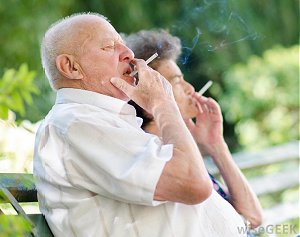 I remember when I was kid in school back in the 1950s in health class they were warning about the dangers of smoking. They rolled out the famous picture of the man with no teeth sporting a rather gruesome looking laryngectomy hole in his throat. On top of that, a local man was invited to speak to us who also had had this procedure done because of the smoking. I did vow then and there never to smoke, but what I really focused in on was the age of the man in the picture. He seemed really old.

In class they emphasized that smoking causes premature aging and early death from such maladies as cancer, emphysema, or heart disease. But that old man in the picture was happy, smoking his cigarette through the laryngectomy hole. Besides being the poster child for addiction, my young mind saw a contradiction in the argument that smoking causes early death.

Some years later, as a teenager, I read an article in the newspaper about Mrs. Green who had lived to be 100 years old and had smoked every day of her life since age 10. That reminded me of all the education I had claiming that smoking shortened your life. One of the statistics touted as a "scientific study" was that for every cigarette you smoke it shortens your lifespan by 10 minutes. I brought this up to one of my teachers. How could Mrs. Green have lived to be 100 years old and gotten there smoking every day since age 10? My science teacher, Mr. Reichert, retorted, "Well, think how long she would have lived had she not smoked the whole time?" I thought, 150? 200? I'd heard that there were people that live that long in places like Bulgaria and China, but no one actually believed it to be true.

Statistical improbabilities aside, I came to a startling conclusion back then, that I spent the rest of my life confirming: Mrs. Green died because it was her time to die. Stated more clearly: Death is independent of any physical cause.

I got into many debates with people on this subject, but as I headed into my 50's, I began to find others who had come to the same conclusion. I'm a touring blues musician, and you'll find many of the hardest-lived lives in this profession. Blues guys who've done drugs, smoked two packs a day, ate copious amounts of unhealthy food on the road, and led terribly dramatic emotional lives. Then you hear they finally died at 87 or 92. In fact, Pinetop Perkins, the famous blues piano player died in March at age 97. He was no angel, lived life to the fullest, including smoking and drinking and eating plenty of ribs.

Are these people some sort of genetic supermen? Genetic anomolies? If you graph their lives and behaviors against longevity norms of an entire population, you might find they lived longer than would be expected, but they certainly are not exceptional--as any casual look at health statistics will show.

On the other hand, what about those people who took care of themselves their whole lives--eating right, exercising, managing their stress, with strong family support--dying at age 52? Jim Fixx comes to mind--the running guru, who helped make jogging a national pastime in the late 70s. He died at age 52 of a heart attack. Because he seemed like the picture of health, autopsies were performed, and it was found that he had severe atherosclerosis, leading many people to the faulty conclusion that jogging was harmful. Two years after his death, another researcher put together a string of additional conditions and maladies that pre-disposed Fixx to his early death, such as being a former overweight smoker with congenitally enlarged heart. Thus, his early death was explained away.

And there's Sudden Infant Death Syndrome, where an infant simply dies for no apparent reason--this is unexplained by science. In fact, there are thousands of unexplained deaths every year around the world, where there are no medical reasons for the deaths. They just died.

A former girlfriend of mine from the 70s died recently at age 52. It was a complete shock to the family (as well as to me), because she had been just fine physically, went to bed one night and didn't wake up. 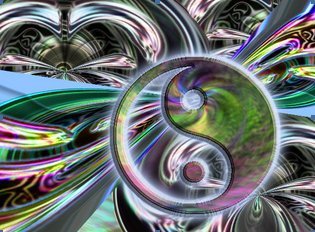 As my blues touring buddy says every time somebody he knew dies, "Well, it was time to go." To me, this contains a profoundly spiritual truth. It is that only the soul determines when a person dies. This is a decision made at the time of incarnation, and everything that happens in that life leads to the inevitable moment of death at the prescribed time.

This is not a "new idea." Buddhists and Hinduists have maintained that incarnation of the soul into a physical body is ONLY determined by the soul and its karma. This is a big statement. It is the soul that is outside of space and time. There is no "beginning" or "end" from the viewpoint of a soul--only CHANGE. Any "decision" a soul makes to incarnate into the linear bounds of physical existence inherently contains a beginning and an end, because that is the nature of physical existence.

We get focused on the end of life, because of our fear of it. We fear it because it is "unknown," and there are so many conflicting dogmas, memes and beliefs surrounding the subject. How do we really subjectively know what happens at death? We don't until it happens. Yet, there is much known about the subject, and even some pretty sophisticated neuro-scientific experiments attempting to capture the moment of death.

Tibetan Buddhism is famous for its re-incarnational beliefs--they choose the next spiritual leader to replace the old one by finding that exact some person again in a new body. Hopi Indian beliefs include strong statements of pre-destination and "fate," as do many Western religious beliefs. Reincarnation and pre-destination are ideas possible only with a conscious agent existing outside the bounds of linear time and finite space. That agent is the soul.

Metaphysician, Alice Bailey, in the book, Esoteric Healing, makes the supreme point that healing only occurs with the soul's permission. In this view, Bailey says that factors such as karma and the pre-destined date of death affect whether or not a healing takes place.

We have all heard about or experienced first-hand a miraculous healing--a spontaneous remission of cancer, or an impossibly fast mending of a broken bone--these are examples of evidence of a higher power determining physical outcomes. Bailey instructs that at the end of a life, when attempts at healing fail, it is because they are supposed to fail, or that the person is using the disease or condition in order to leave the body.

In observing this heart-wrenching process first hand, every time I have, it has been obvious to me that the person was trying to die. It was time to go, and this is how they were choosing to do it. In fact, culturally, it is the accepted, normal way of dying--by disease or accident (or suicide). This is not necessarily the belief or process used by every culture to die. 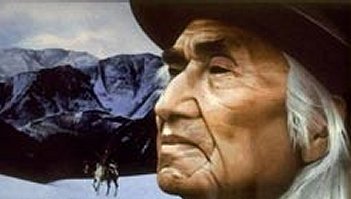 In the 1970 movie, Little Big Man, starring Dustin Hoffman, his character's adoptive father--Chief Dan--tells him, "I must go now to die." He then hikes up a nearby hill chosen specifically for this purpose, and lays down, ready to die. In the movie it took a few attempts, but finally he was successful.

Many Indian yogis and gurus die consciously often times in meditation, as did, famously, Paramahansa Yogananda. He was only 60 years old, but left his body in meditation. His body did not decompose, leaving the scent of roses lingering until his internment.

In all of these examples, the common denominator is CHOICE. We chose to come into this world--we also choose to leave it. The illusion of pre-destination is simply a failure to go earlier in the sequence of events to when the soul CHOSE how long a life to have and even how to leave it. If this remained unexamined, it very well would seem like "fate".

As we are all infinite beings, we ultimately have infinite power over our experiences, whether incarnated or not. As my guide, Anttarr, once said, "Dying is simply a tradition with you humans. It is not necessary, but you seem to like it." He went on to expound upon the psychology of social "entrainment", where we all learn what is "right" and "appropriate" behavior in the particular culture we choose to enter. Such concepts as "karma" are another way of saying that incarnation into the physical world has certain rules and laws, and you musn't violate these. Why, as infinite beings, we accept all that may be simply how the game is played, or perhaps a way to create intensities of experience. Whatever it is, we all can CHOOSE to change it, should we want to.

In its current level of choice and decision, Western views and traditions around death make it a "sloppy procedure," as said by one of my gurus. "The moment of our own death is known ahead of time by all those coming upon it. We err in the fear of it--in the denial of it. It is liberation. Why so scared?" 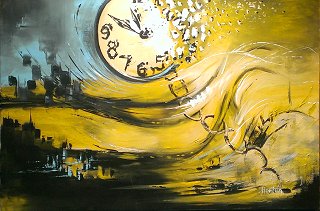 I say, first, let us remove the automatic connection of death to the diseases and conditions that people normally die from. Yes, people seem to die from cancer, heart disease, infections, etc., etc.--but then, they also don't, and they also die from measles, falling off a ladder, and flu--things that most people recover from... because it was their time to die, and that's how they chose to accomplish it. We should respect these choices, instead of insisting the dying person stay and using technology to artificially prolong a life not ours.

Within the dying tradition is a sort of "death psychology" in the culture that has us embracing "longevity" as if we had anything to do with it. Again, health is independent of longevity. What we do have control over is our quality of life during the time we are alive. Thus, I can justify getting behind such concepts as a "healthy lifestyle." We may choose to be here "X" number of years, why not be healthy and feel good while we are alive; and not try to "live healthy" in order to postpone death. It not only takes the fun out of life, but is a falsehood as well. Not only that, it completely ignores the moment of choice by an Infinite Being. Want to live longer, then choose to do that. Want to live to a "ripe old age"? Then choose to do that. Want to live forever? Well, an infinite being is already immortal, so, that's not really a stretch, either...