by Rudy P. SysAdmin at howtofindthemoney
The Manila Electric Co. (Meralco) and its power generation arm, Meralco PowerGen Corp. (MGen), said here that there is a lot to learn from Taiwan’s power sector. So far, company officials said, the Philippines has already taken a step in the right direction.
“We have pioneered the utilization of HELE [high efficiency, low emission] technology in the Philippines and I think we are in the right direction because no less than Taiwan has the technology to power almost 40 percent of the country’s power requirement,” said MGen Vice President Litz Santana.
MGen has recently switched on the P56.2-billion power plant of San Buenaventura Power Ltd. Co. (SBPL), a partnership between MGen, with a 51-percent stake, and New Growth BV, a wholly-owned subsidiary of the Electricity Generating Public Co. of Thailand (Egco), the first independent power producer in Thailand. 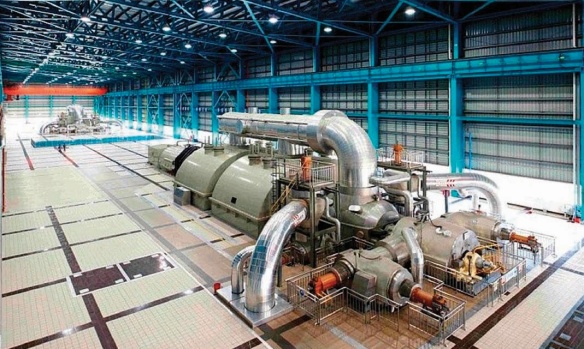 This is the country’s first 455-megawatt (MW) supercritical coal-fired power project located in Mauban, Quezon, utilizing a HELE coal technology, which can reduce carbon dioxide emissions and improve the efficiency of the power plant by producing more amount of energy with less coal.
It was built by the consortium of South Korea’s Daelim Industrial Co. Ltd. and Japan’s Mitsubishi Corp. which are both experienced engineering, procurement and construction contractors with very strong track records.
An official of LinKou Thermal Power Plant, a power station operated by the state-owned Taiwan Power Company (Taipower), agreed.
“The Philippines’s choice of ultra-supercritical is the most stable one and most suitable one for unit installation,” said Ru-Chin Chou, LinKou deputy plant general manager.
LinKou first put up its 2 x 300MW sub-critical power facility in 1968 and decommissioned it in 2014. Since then it has put up three units of ultra-supercritical power facility, with a combined capacity of 2,400MW. The total investment reached $4.92 billion.
“We are doing that now in terms of engaging our various audiences and we will continue to ensure that level of service that we provide in the Philippines will approximate what we have learned here in Taiwan,” said Meralco assistant vice president Joe Zaldarriaga.
“For MGen, it reaffirms our belief of securing our energy and it reaffirms what we’ve been doing for our power projects. We look after our stakeholders not only our community, but our government policymakers, including local government officials who are very valuable partners in progress,” said Santana after LinKou officials made a presentation of their power facility.
The 10 largest coal producers and exporters in Indonesia:
Click Here! Top Clean Coal Contractors for Power Plant, Gasification, Liquefaction and Emission Control System
Source: Business Mirror