Browse Articles  »  Education  »  It's All About The Importance Of English As A... 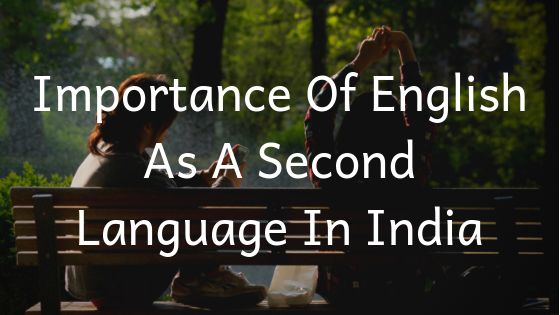 As it is already known to all that language is our primary source of communication. It's the method through which we share our ideas and thoughts with others. Besides, in the modern and globalized world of today, knowing how to speak another language is a crucial skill to possess. Learning a second language helps you to communicate across cultures and to conduct business in lands you may never have previously considered viable markets. Still, a big question remains unanswered- which language should you study?

As there are thousands of languages in this world. Numerous countries have their own national languages in addition to a variety of local languages spoken and understood by their people in different regions. Yet, it goes without saying that for those who have grown up in countries where English isn’t spoken as a native language, the choice is fairly obvious- knowing how to comprehend and speak English can open up doors across the globe.

English is the most widely spoken second language, surpassing all others, across the globe and most of the international transactions of recent times were concluded in English. This language has contributed significantly in bringing people and their culture closer.

Moreover, English in India has become the language of the privileged, some schools have it as a first language, some have it as the second one. English is the gateway to a world of knowledge, commerce, and culture that gives an individual, access to the world in a way that other languages do not. The plus points of learning English with the help of some English practice app or any other way can also be seen in the economic, social and political life of the people of India.

By any chance, you are still bemused about whether or not you should study English as a Second Language, here are a few points which might help you jump onto the right conclusion.

India’s foreign policy is the focus of attention of all the countries of the world. As India wants to be friendly with all countries, it has to explain and convince others that its point of view is correct. Understandably, this cannot be done without an effective medium for the exchange of insights. English provides us with such a medium.

This is the language which enjoys the status of an International language, so having a firm understanding of English really important for an accurate interpretation of these pronouncements.

2. English Is The Language Of Business

By any chance you are a working professional or a student, interested in working for one of the world’s top organizations, chances are that English will be the language they use to communicate.

English has become the language of international business, therefore most multinational companies require some level of English comprehension, and knowledge of the language spoken locally around where the company operates will boost you even further.

3. English Is The Language Of The Internet And Books/Magazines

This clearly signifies that a lot of cyber content and knowledge that people who can’t speak English are completely missing out on!

Making mind to learn and improve your level of English? Notwithstanding the fact that a majority of people think that it is very difficult and confusing to command the language, nevertheless, English is actually the easiest language of the world to learn because there are innumerable resources available.

As soon as you make your mind to learn English, there are thousands of resources on the Internet and in bookstores. Don’t just limit yourself to lessons and grammar books, you can supplement traditional learning materials with children's TV shows and books. It is often suggested to watch as many English movies and videos as you can, in English with English subtitles, and you will pick up conversational English in no time.

Additionally, there are a variety of ways including computer programs, audio tapes, classes, English learning app, and immersion. Picking the right method for you requires some insight and self-understanding.

EngVarta is an English speaking app which offers you a platform where you can speak and practice English with real English speakers over your phone only. It aims to help you learn the language in the same way you learned your mother tongue (by listening and speaking). By practising English with English experts on a daily basis can help you get used to the language and in no time you’ll start talking English confidently.

importance of english in india