Indian Men's Ethnic Fashion: Try These When You Run Out Of Ideas

The origins of men's fashion clothing in India can be traced back to the Harappan period, nearly 5000 years ago, when men first began wearing clothes for ornamental and protective purposes. The amazing thing about Indian clothing and textiles is that many of the styles worn today are direct descendants of ancient garments worn millennia ago.

At the same time, clothing styles for Indian men have evolved over time and have managed to incorporate influences from a variety of cultures. Men's fashion wear from India is known for its diverse range of options, which includes traditional, modern, and fusion clothing styles. 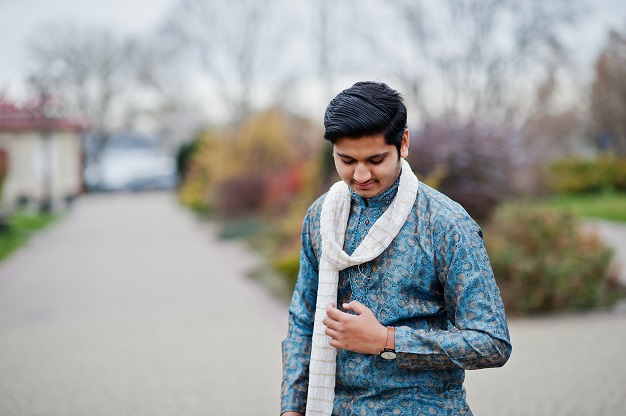 Men's fashionable clothes, like women's clothes, change with the seasons, but certain timeless styles never go out of style. The classic sherwani over cotton vest is one such item in an ethnic fashion that can be considered fashionable at any time. One of the reasons the sherwani has become a popular men's fashion dress is that it is a designer favorite.

Though it is a highly traditional garment associated with Mughal royalty, it has captured the attention of high fashion mavens in India and abroad due to its sophisticated and regal silhouette and rich appearance. It is frequently made of heavy brocades (such as Banarasi brocade) with beautiful silver and gold work designs woven into them. They are also available in rich purple, green, red, and cream hues, and have a dashing cut and well-fitted appearance.

The kurta pyjama is yet another ethnic fashion staple that has recently become a fashion statement. Jute and khadi kurtas in earthy shades of beige, brown, and white, in particular, have become very popular with the younger generation, who prefer to wear them with jeans rather than pyjamas.

Fashion clothing for men also includes smart-looking semi-formal and informal wear options such as the Nehru jacket and Dhoti pants. Both of these men's fashion clothes fall under the category of Indo western clothing because they offer a fresh take on traditional garments. The Nehru jacket is a one-of-a-kind Indian coat with a high collar and a fully buttoned down the front.

It has long been a part of ethnic fashion, but in the last decade, it has also become a popular fashion trend in international circles. The dhoti pant, on the other hand, is a relatively new addition that combines the dhoti look with a trouser-like fit. It's one of those one-of-a-kind men's fashion clothes that seamlessly blends tradition and modernity. It is available in a variety of soft materials such as cotton, linen, silk, and rayon.

Various types of western garments have also been adapted into Indian fashion, becoming extremely popular men's fashion clothes in India and abroad. Simple items such as shirts and t-shirts that are embroidered or printed with vibrant ethnic designs fall into this category. Simple paisley, fruits, and tree motifs, as well as depictions of mythological figures, have all become popular features in Indian-inspired men's shirts. Men can wear an Indian-style vest embroidered with Resham designs to add a touch of ethnic fashion to an otherwise plain outfit.

Of course, certain garments that are always in style do not require such attention. For example, at a wedding, men typically wear a stylish sherwani made of a men's fashion fabric such as beige art silk, rich purple brocade, or embroidered georgette. To complete the traditional yet trendy look, they can pair it with a zari work men's dupatta and a pair of mojaris. Putting together such a look requires minimal effort while still looking appropriate and dashing.

In terms of casual wear, men typically prefer an Indo-Western fusion look with kurtas and handloom lungi. They are typically worn with jeans, but a man's jhola (sling bag) and leather jutis can be added to emphasize the ethnic element. In the winter, men can wear kurtas and/or Nehru jackets with thick Kashmiri work shawls.