In U.S. Fuel Cell Electric Vehicles is Suitable for Heavy Trucks but Not Cars

by Rudy P. SysAdmin at howtofindthemoney
The future for clean fuel cell electric vehicles (FCEVs) is uncertain, especially in the U.S., as battery electric vehicles (BEVs) catch on.
A big reason for this uncertainty is the limited number of FCEVs being produced and the limited number of hydrogen refueling stations, which are mainly centered in Los Angeles and San Francisco with a smaller amount scattered through the Northeast.  California has as many as 80 refueling stations, a tiny fraction of the number of gasoline refueling stations.
“The U.S.  basically does not have a hydrogen refueling station infrastructure,” said Daniele Gatti, an analyst at IDTechEx in the U.K. via email.  The U.S. Department of Energy has joined other nations in promoting fuel cell technology, and funding has historically been devoted to improving the performance of fuel cell technology, Gatti said. 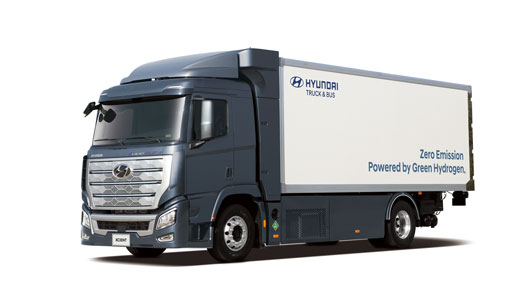 As recently as July 20, DOE announced $64 million in funding for 18 projects to advance an initiative called H2@Scale for affordable hydrogen production, storage, distribution and use.  H2@Scale is a multi-year initiative and the funds will support another round of research, development and demonstration activities, DOE said in a statement.
DOE’s Office of Energy Efficiency and Renewable Energy and the Advanced Manufacturing Office will direct part of the funds for manufacturing reliable and affordable electrolyzers, which could theoretically be used in cars but also trucks and other vehicles and even in industrial applications.
Funds under the heading of electrolyzer manufacturing R&D will go to 3M ($4.8 million), Giner ELX ($4.6 million) and Proton Energy Systems ($4.4 million) , although the remaining projects span across R&D for advance carbon fiber for hydrogen storage tanks, fuel cell R&D for heavy-duty applications including membranes and even new markets like hysteel.  Also,  $2 million will go for training and workforce development for emerging hydrogen technology at the Electric Power Research Institute in Palo Alto, California.
Fuel cells are electrochemical devices that can be used to convert hydrogen and oxygen into water and electricity.
The direction of DOE’s research funding is bent toward medium and heavy-duty transportation, as well as industrial, according to a statement by U.S. Secretary of Energy Dan Brouillette.  That follows the line of thinking expressed by energy analysts who believe the future use of fuel cells will primarily go to larger, heavier vehicles than for pedestrian cars.
IDTechEx recently released a research report authored by Gatti to examine the economics of fuel cells and related markets   noting that several governments around the globe have started work to develop a hydrogen economy.    Japan, Germany, Australia, China, U.S. and the European Union are investing an average of $100 million a year apiece, Gatti said.
In the U.S. there are an estimated 35,000 FCEVs on the roads , according to IDTechEx These include passenger models such as the Toyota Mirai, Hundai NEXO  and Honda Clarity.  Several companies make fuel cells used to power buildings and in other applications.  They include Plug Power, Fuel Cell Energy, Bloom Energy and Ballard Power Systems.  Ballard supplied fuel cells used at the Apple corporate headquarters.
IDTechEx noted that major auto companies like BMW and Mercedes are introducing an increasing number of electric battery vehicles along with Tesla and Toyota, but called FCEVs “still at the demonstration stage.”
One encouraging sign for FCEVs is a Daimler collaboration with Volvo to develop fuel cell heavy-duty vehicles, which could begin in September, IDTechEx said.
The 10 largest coal producers and exporters in Indonesia:
Click Here! Top Clean Coal Contractors for Power Plant, Gasification, Liquefaction and Emission Control System
Source: Fierce Electronics