With 2017 almost finished, thoughts are turning to the flagship apple replacement parts we might be seeing over the next 12 months, and the Huawei P11 is likely to be one of the first to break cover - its predecessor the Huawei P10 was announced at Mobile World Congress back in February, and it looks like the P11 will follow suit. 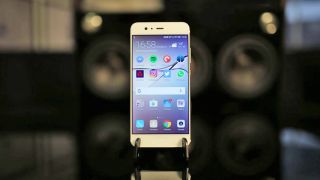 Reporting from a Huawei Christmas event in Germany, WinFuture's Roland Quandt says that Huawei representatives have been hinting that we'll see the new P11 flagship during the first quarter of 2018, which makes the end of February a very good bet.

This year's MWC event in Barcelona kicks off on February 26, with press events running a day or two before, so chances are that Huawei has pencilled in the show as the place to show off the P11 to the world. Sticking to a consistent release schedule is good news for suppliers and users alike.

And what of Samsung?

We're also expecting to see the Samsung Galaxy S9 to show up at MWC 2018, something that Huawei has no doubt taken into its calculations - or at least that's what the leaked reports are saying. Last year's Galaxy S8 phones were launched at a separate event in March rather than at Mobile World Congress.

Quandt also says the focus of the upcoming Huawei P11 is going to be on cameras and AI, which is unsurprising - Huawei made much of both the photography tricks and integrated artificial features available on its most recent handset, the Huawei Mate 10 Pro, and we'd expect that trend to continue.

MWC 2018 is shaping up to be quite a show this year, and as usual we'll be on the ground in Barcelona shuffling around the exhibition. As soon as any launch dates are made official, or we catch a confirmed sighting of any of these etrade supply , we'll let you know.