Cross-Platform App Frameworks: Let’s Discuss Where They Stand In 2019

First Let’s Have A Brief Introduction About Cross-Platform App Frameworks:

A framework that provides developers a complete set of tools with a purpose to increase productivity to resolve common issues.

If your company is creating any kind of mobile applications for the app stores or for internal use purpose than you have also faced the challenge of developing it on a multi-platform as it means to target iOS and Android devices.

Some of the companies have budgets and resources as well hence they used to do programming under native environments for the platforms as native tools give the advantage of being closer to the platform as it comes with a cost.

The advantage of going with native development is that the code developed by iOS team can be reusable by the android team or vice-versa. The challenge is to keep the user experience aligned across all platforms.

After reading these all the common question all were thinking is that which framework is the best for you, not need to vary as next we gonna discuss the top 05 cross-platform frameworks for mobile development. 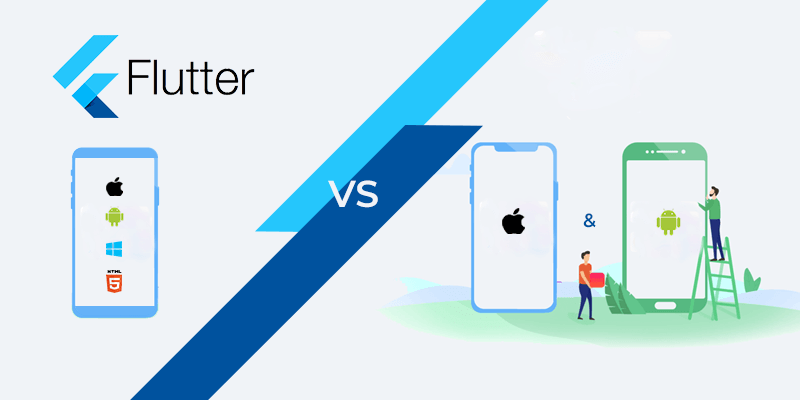 An Ecma standard-compliant .Net framework-compatible set of tools which is founded by the same people who have created Mono known as Xamarin that offers developers a single C# codebase that is being used to produce native apps for all major mobile OS.

Around the world, Xamarin being used by more than 1.4 million developers. Using Xamarin’s Visual Studio developers can take advantage of the power of it and its advanced features that include Debugging of application on simulators or device, Code compilation, and IntelliSense.

The Test Cloud of Xamarin makes possible to test apps on more than 2000 real devices in the cloud which is the best way to deal with substantial fragmentation of the Android ecosystem and released bug-free app that can work flawlessly without any major issues.

The AppBuilder is used by some of the largest enterprises across the world. With a purpose to facilitate rapid app development these framework sports a codeless user interface.

If you want to create an information-based application or company presentations than these frameworks fits the best for it.

The AppBuilder directly integrate with Google Play and makes possible to publish a complete application with just a single click.

A Free Cross-Platform and an open-source framework for creating native interfaces for both iOS and Android. Flutter launched by Google in 2017 and has received a warm welcome also.

Flutter uses Dart, an object-oriented programming language which is easy to obtain and offers hot reloading which means it allows developers to preview the result first and can change within simulator, emulator, and devices.

As Google Ads, Hamilton musical and Alibaba eCommerce are the most known names that use Flutter as their preferred framework. Nowadays Flutter App Development is in demand.

Angular, JavaScript and TypeScript are hopefully the most used web development technologies. Native scripts used to create applications and also produces platform-native user interfaces from a single code base.

Native Script is backed by Telerik – a Bulgarian company that offers different software tools. Users can browse through real-world app implementations can study the official documentation and dive into the source code.

A Framework that is developed by FaceBook and used by Instagram, Walmart, Baidu, Tesla, Airbnb, and many other fortunes 500 companies. An open-source version of Facebook’s React JavaScript framework.

React Native uses the same UI building blocks that are regular use for iOS and Android apps and also one reason is that it’s almost impossible to identify a React native app from an app built using Java or Objective-C. 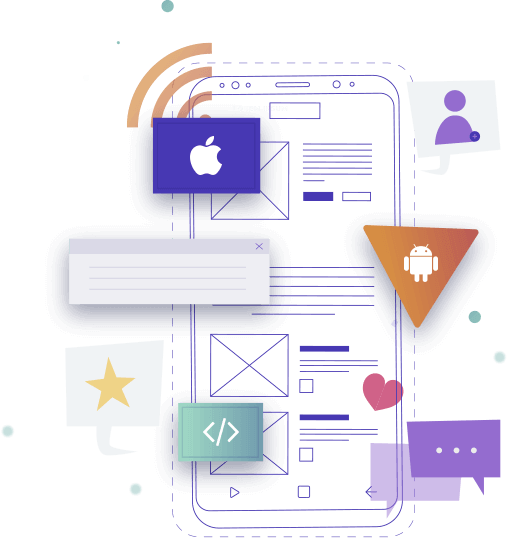 After everything, it’s always on the user as with which mobile development framework they wanted to go with and also I would suggest that anytime user can change mind if there are other better options out there.

Cross-platform frameworks that get used by Cross platform app development company as they are extremely impulsive with a new one being released on a regular basis.

Our purpose behind these is to help you rapidly turn rough ideas into a working application and after that into a successful polished product. Hence we also provide the facility to hire developers as per your requirements.