Core Switch & Edge Switch: How to Make a Decision?

When considering buying a new switch for your small business, you need to ask yourself a few questions: How many devices will the switch need to support? What kinds of devices will I be connecting? Has our network grown to the point where we need a switch with more advanced management capabilities? And here is an important decision you are going to make: whether core or edge for your network.

What Is A Core Switch?

A core switch, is also known as a backbone switch. It is a high-capacity switch generally positioned within the backbone or physical core of a network. Core switches serve as the gateway to a wide area network (WAN) or the Internet—they provide the final aggregation point for the network and allow multiple aggregation modules to work together. You use it to connect to servers, your Internet service provider (ISP) via a router, and to aggregate all switches that your company uses to connect crucial pieces of equipment that your company can’t afford to lose to downtime. As a result, your core switch should always be a fast, full-featured managed switch. 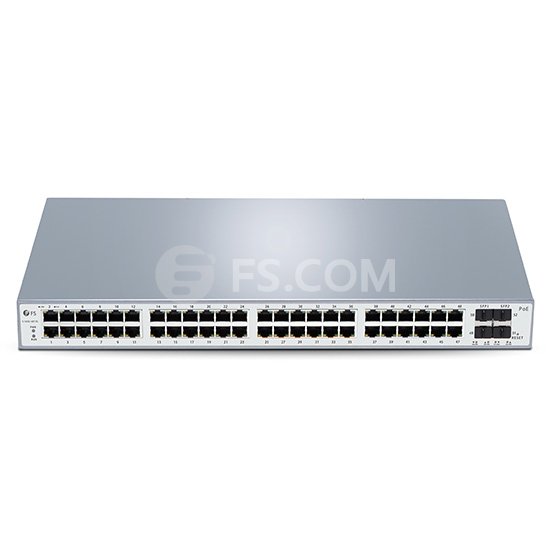 What Is An Edge Switch?

An edge switch also is called an access node or a service node. It is a switch located at the meeting point of two networks. These switches connect end-user local area networks (LANs) to Internet service provider (ISP) networks. Edge switches can be routers, routing switches, integrated access devices (IADs), multiplexers and a variety of MAN and WAN devices that provide entry points into enterprise or service provider core networks. Edge switches can directly connect client devices, such as laptops, desktops, security cameras, and wireless access points, to your network.

Generally speaking, a core switch would have more up-market features such as higher backplane speed, layer 3 including routing protocols such as OSPF, and physical redundancy features such as removable PSUs. They might not have any copper presentation at all. A core switch will typically have deeper buffers, such that multiple connections can be experiencing congestion.

Edge switches are what your desktops and phones plug directly into (at the “edge of the network”). Typically they are lighter on features and more about copper port count and some form of fibre interface into the backbone / core.

How Should I Make A Choice?

A small company with fewer than 100 employees should function well with one core switch. However, as your business—and your network—grow, you might need to expand the number of core switches to two or more. In this case, you might want to consider stackable switches, which further simplify management.

Edge switches generally are considered less crucial than core switches to a network’s smooth operation. If there are areas of the office such as a conference room where you don’t need the features of a fully managed switch, your company can save some money by installing smart switches. But if you can’t tolerate any downtime whatsoever, want to maintain tight security throughout your office, or have the infrastructure to be able to add multiple different types of applications in the future, you should consider outfitting your entire network with managed switches.

Fortunately, managed switches are no longer out of reach for small businesses. Not long ago the price gap between managed and smart switches was as much as 40 percent. Today, though, that difference has shrunk to 10-20 percent.