by Rudy P. SysAdmin at howtofindthemoney
Approximately 40% of the world’s electricity is produced by burning coal. Coal is the world’s reliable energy foundation, and it’s expected to remain the leading fuel for power generation well into the future.
Energy from coal power increases productivity. It builds and illuminates schools, cleanses water, powers farm machinery, drives robot assemblers, stores and moves information, and advances science and technology.
The share of energy supplied by electricity is growing rapidly in most countries and worldwide. At the same time, world population is steadily increasing, having reached 7.5 billion in 2018. Yet more than one billion people lack access to electricity. This is an enormous problem.
The great advantage of coal is that the resource is spread around the world. Coal supplies about 25% of the electricity in the U.S. but accounts for more than half of the electricity in China and India, and both countries are building more coal plants. With 6,704 operating coal plants worldwide, coal is meeting the annual electrical needs of more than 3 billion people. 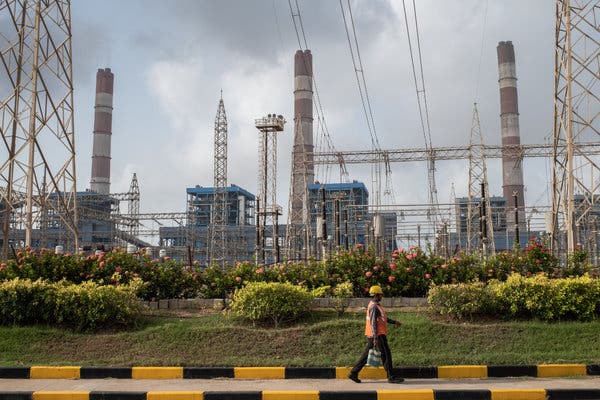 Despite the claims of environmental organizations, fossil fuels are neither dead nor dying. We are in an era of energy expansion, not transition. While fossil fuels’ future share of the global energy market may decline, their overall use is expected to grow.
Among the countries that use substantial amounts of coal for electricity generation are Germany, Australia, South Africa, India, China, Indonesia, Czech Republic, Poland, South Korea, and the United States. Some countries, like the U.S., Indonesia and Australia, are major coal exporters. The U.S. exports just under 100 million tons of coal annually. Although additions of new coal plants around the world have slowed, many existing plants will remain operational for decades.
Even if the cost of renewables continues to drop and issues such as reliability are solved through large-scale electricity storage, the global fossil-fuel system cannot be mothballed or displaced quickly. Because of its vast scale and huge amounts of capital deployed, the fossil-fuel system dominates energy production, illustrating why fuel switching is a non-starter, especially in Asia where coal plants are younger and alternative energy sources are more expensive.
In formulating sound energy policy, we must be realistic. To meet the growing need for carbon dioxide mitigation, the U.S. must take the lead in technology development. And reducing carbon dioxide emissions requires far more than just additions of solar and wind power. Instead of pretending that fossil fuels are replaceable, we need to focus instead on technologies that can clean them up. What’s needed is a major commitment to reducing emissions with the help of carbon capture use and storage (CCUS) technology at coal and natural gas plants.
Ultimately, countries like India and China will need a profit incentive to reduce emissions. This explains why the private sector and governments are investing in research and development on ways to turn carbon emissions from coal and natural plants into useful carbon products such as chemicals and durable, light-weight and high-strength composite products for infrastructure, concrete and building materials.
Even environmentalists should welcome the transition to CCUS technology and reconsider their infatuation with renewable energy sources. Instead of regarded as waste, carbon dioxide can become an essential ingredient in the economies of tomorrow.
Randall Atkins, chair of a National Coal Council report on the new carbon age, said that “volume utilization of domestic U.S. coal resources for coal-to-products applications has the potential to be on the same order of magnitude as applications for coal power generation.” Such a major commitment to the development and demonstration of CCUS technology, along with rapid commercialization, could not only halt but eventually even reverse the continuing buildup of carbon in the atmosphere. For the next few decades at least, the unfolding carbon products saga in emerging markets will continue to make coal a global growth business.
The 10 largest coal producers and exporters in Indonesia:
Click Here! Top Clean Coal Contractors for Power Plant, Gasification, Liquefaction and Emission Control System
Source: Dan Ervin - a professor of finance at Salisbury University in Salisbury, Maryland