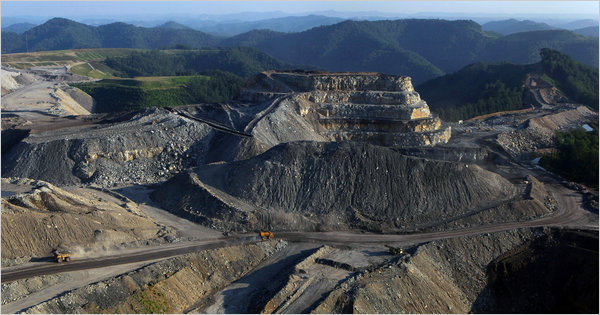 For instance, the transportation cost of rock in open pit mining method accounts for about 50% of the total operating cost. Supporting regulations for surface mining such as the Surface Mining Control and Reclamation Act, 1977 in the US, and proper economic planning along with the establishment of safety zone near the mine surface have been introduced in recent times. These developments, the vast horizontal and low-lying reserves and the surging demand of iron-ore, diamond, chromium and coal, will act as opportunistic factors for the global surface mining market.
Market segmentation of surface mining can be done on the basis of mining methods, the type of mineral deposits and regions. On the basis of mining methods, the global surface mining can be categorised into three groups: strip mining, terrace mining and open-pit mining. Among these, strip mining is applied where both the surface of the ground and the ore body are relatively horizontal with a minimal depth under the surface. An example of strip mining is the coal mining operation at Mpumalanga. Terrace mining is opted for where the overlying layer is relatively thicker or the ore incline is too steep. Terrace mining is a multi-step method in which the entire mine moves over the ore reserve from one end to another.
This type of mining is prevalent in Germany-based lignite mines, and in some of the coal mines in the UK and South Africa. Open-pit mining refers to the traditional cone-shaped excavation with a typical vein structure, and steeply dipping and stratified ores. This mining method is primarily used for the excavation of metals such as Sishen iron ore and Palabora copper ore. However, at some places open-pit mining can also be used for the excavation of other types of deposits such as diamond ore at Finsch.
On the basis of the type of mineral deposits, surface mining can be categorised as stratified and non-stratified. Stratified surface mining can be further sub-divided into horizontal and inclined. Non-stratified is divided into vertical vein, and massive stockwork or pipe.
On the basis of region, the global surface mining market includes North America, Latin America, Asia Pacific, Japan, Western Europe, Eastern Europe, and Middle East and Africa. Among these, surface mining is mostly prevalent in North America, followed by Latin America, Asia Pacific, and Middle East and Africa. Surface mining accounts for about 85% of the overall mineral exploitation in the US. The major countries using surface mining include the US, Canada, Mexico, Peru, India, China, Chile, Brazil, Indonesia, Ukraine, Angola and Australia.
The 10 largest coal producers and exporters in Indonesia:
Click Here! Top Clean Coal Contractors for Power Plant, Gasification, Liquefaction and Emission Control System
Source: World of Coal