Browse Articles  »  Arts & Crafts  »  Buy Statue Of Vishnu-Lakshmi In The Glory Of... 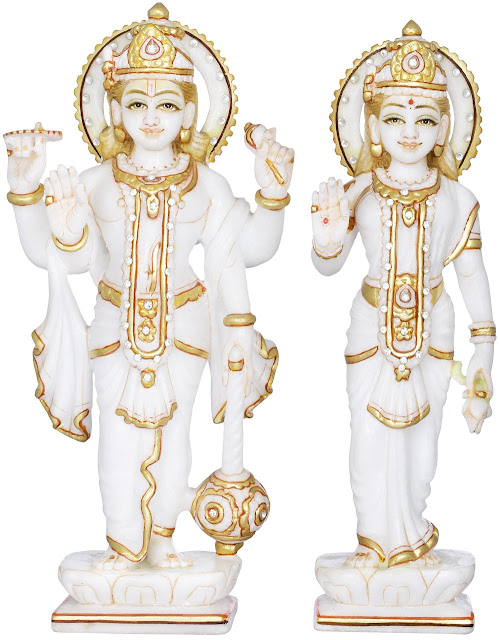 Her saree is cinched at the waist by a distinctive kamarband, from which descends a series of pleats (this is in keeping with Her Lord’s attire). She raises the same hand as His in blessing; in the other, she cradles a pristine lotus. A striking likeness is to be found in their composure of countenance, which is one of superlative consciousness and bliss.