There are numerous Indian clothing styles to choose from for both men and women. Most of the time, women's fashion gets all of the attention, but men's ethnic fashion has just as much variety and beauty to offer. Today's Indian men's dresses aren't all that different from the traditional ones that have been worn for many years. They may have evolved over the years to reflect the changing tastes and preferences of the populace, but their traditional flavor remains intact.

The kurta is the most popular Indian dress for men. This is a tunic that typically reaches the knees and has a high collar and full sleeves. The shorter version, known as a Kurti, reaches to the hips. Kurtas and Kurtis are both distinguished by their loose silhouettes and straight-cut designs. This is due to the fact that it is made of a single fabric and is structured to fall straight without any tapering. Kurtas, which are both comfortable and versatile, are typically preferred for casual wear, though certain varieties are available for special occasions as well. They are available in a variety of fabrics, including cotton, linen, rayon, polyester, and silk. Kurtas are typically worn with pajamas (loose Indian pants) or men's salwars and churidars. With the advent of fusion fashion, the pairing of kurtas and jeans has also grown in popularity. 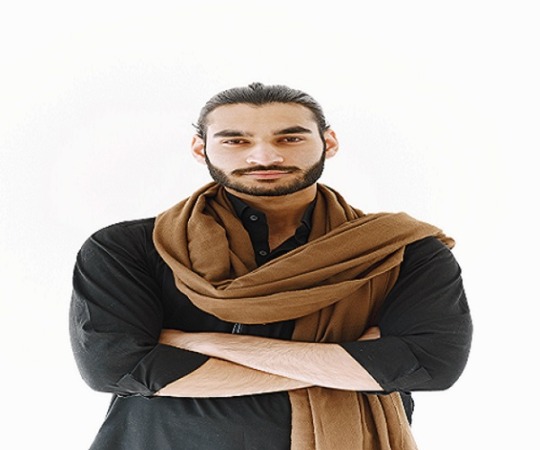 International fame is the sherwani

The sherwani is a men's Indian dress that has gained international acclaim. Though this opulent garment appears to be similar to the kurta on the surface, it is in fact a completely different outfit with a distinct structure. It began as an indo-western fusion outfit for the Maharaja of Jodhpur. He desired a garment that embodied the splendor of Indian designs while also incorporating the elegance of formal western suits. Sherwanis are long, heavy coats that reach to the knees and button all the way up to the neck. They are sometimes worn over kurtas, but most men prefer to wear them as is, with a complementary churidar, salwar, pyjama, cotton lungi, or dhoti. Sherwanis are typically made of thick, heavy, and rich fabrics such as sumptuous brocades, embroidered velvets, or woven silks. They are further embroidered and embellished with exquisite Indian techniques such as zari, zardosi, resham, and Ek taar ka kaam, adding to the splendor of the ensemble.

The dhoti is a popular bottom wear garment with which the sherwani is frequently paired. It's also known as mundu, dhotar, and pancha. This is a formal wear dress made up of a 4 to 6 foot piece of cloth draped in various ways around the waist. The way the dhoti is draped varies by region; different states have different drapes. They are used by men for festivals, ceremonies, and special occasions. Dhotis are worn in south India with an angavastram, a fine silk shawl. This is the preferred attire for formal occasions such as weddings and ceremonies. Dhotis were traditionally draped by the wearer and came in soft shades of white, off-white, and beige. Men can now buy a ready-to-wear version of this garment that can be slipped on and fastened in place like any other pair of trousers. It has the same aesthetic as a traditional dhoti but is much more practical and comfortable to wear. Contemporary dhoti collections also offer a wider range of colors, designs, and patterns to choose from.

Many other traditional garments from different parts of India have not achieved the same level of national or international acclaim as the kurta cotton vest, sherwani, and dhoti. Paithani suits from north India, chornu and kediyu from Gujarat, lungi from Kerala, and so on are examples. These traditional outfits are still worn by men in those areas for traditional ceremonies, festivals, and traditions.

Aside from these traditional garments, there are numerous men's dressing styles in India that blend Indian and Western aesthetics. The Nehru jacket, for example, is a smart, semi-formal jacket that resembles a western suit but incorporates the traditional bandh gala design seen in sherwanis and other Indian outfits for men. Similarly, there are numerous shirts and suits with Indian designs, embroidery patterns, and motifs.

Styles and Trends of Men’s Dressing Styles in India

The way Indian men dress reflects India's illustrious textile, embroidery, and design heritage. High fashion designers are now paying close attention to traditional Indian garments and techniques. This has increased the appeal of Indian ethnic wear for men of a younger generation. They are typically paired with traditional accessories to complete the look. Sherwanis, for example, are frequently paired with turbans at weddings (head accessories). Kurtas are frequently worn with jeans and mojaris or juttis to achieve the ideal fusion look.