A new generation of coal-burning power plants with energy processes that reduce air emissions and other pollutants.

Clean coal technologies are several generations of technological advances that have led to more efficient combustion of coal with reduced emissions of sulfur dioxide and nitrogen oxide. 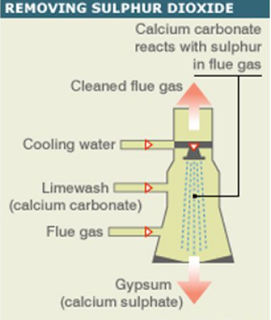 The SO2 reacts with the calcium carbonate (limestone) to form gypsum (calcium sulfate). The gypsum is collected and used for construction. 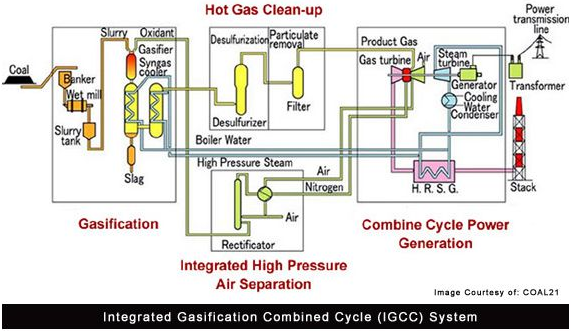 Process consisting of the separation of CO2 from industrial and energy-related sources, transport to a storage location and long-term isolation from the atmosphere. 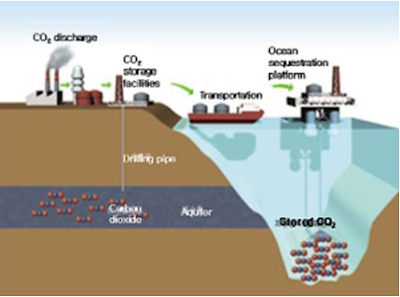 Three processes in the CCS technology 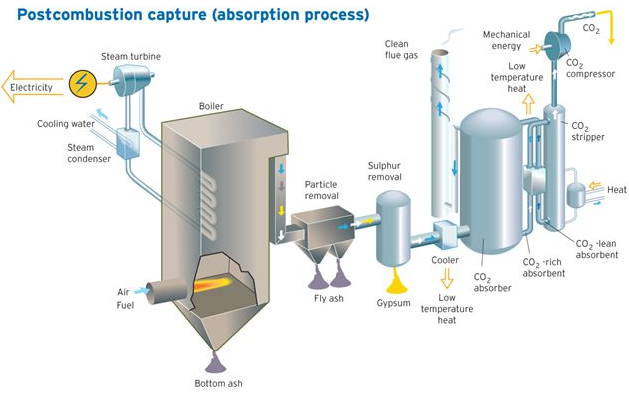 The CO2 is grabbed after the fossil fuel is burned. The burning of fossil fuels­ produces something called flue gase­s. In a post-combustion process, CO2 is separated and captured from the flue gases that result from the combustion of fossil fuel 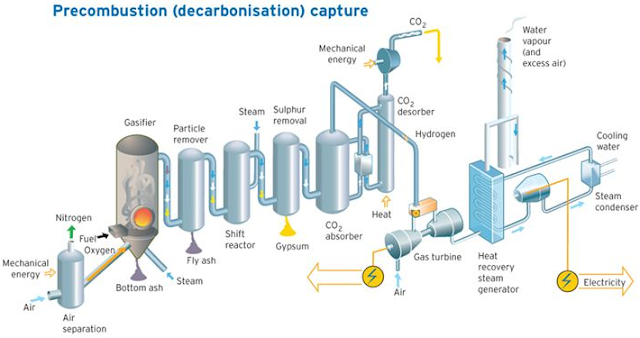 CO2 is trapped before the fossil fuel is burned. That means the CO2 is trapped before it's diluted by other flue gases. Coal, oil or natural gas is heated in pure oxygen, resulting in a mix of carbon monoxide and hydrogen. This mix is then treated in a catalytic converter with steam, which then produces more hyd­rogen, along with carbon dioxide. 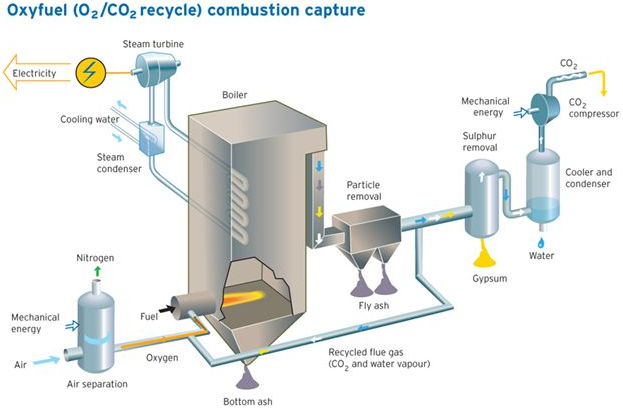 The power plant burns fossil fuel in oxygen. This results in a gas mixture comprising mostly steam and CO2. The steam and carbon dioxide are separated by cooling and compressing the gas stream. 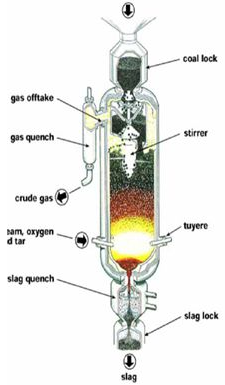 The steam gasification reaction is endothermic.

Carbon dioxide reacts with carbon to produce carbon monoxide and this reaction is called Boudouard reaction. This reaction is also endothermic in nature, similar to the steam gasification reaction.

Direct addition of hydrogen to coal under high pressure forms methane. This reaction is exothermic and requires high temperature and pressure.

Combustion of coal involves reaction with oxygen, which may be supplied as pure oxygen or as air, and forms carbon monoxide and carbon dioxide. Principal chemical reactions between carbon and oxygen involve: 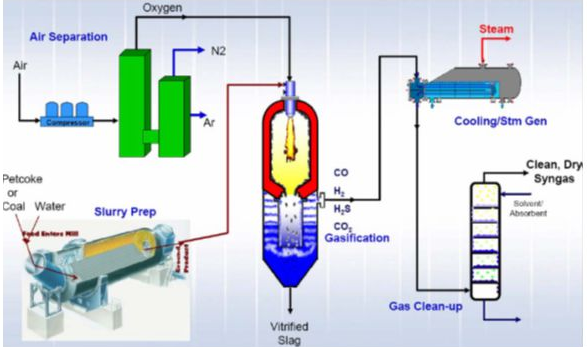 Olefins are one of the most important oil derivatives widely used in industry.

To reduce the dependence of olefins industry on oil a number of coal-to-olefins (CTO) processes have been developed: 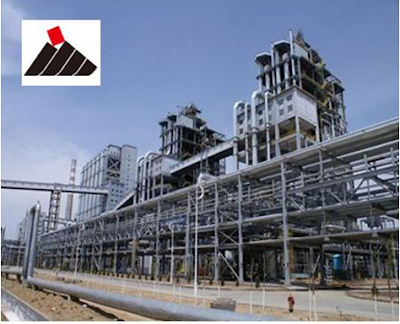 A CTO plant based on the technology was built by Shenhua Group and successfully put into commercial production on January 2011 with capacity 0.7 Mt/a olefins (0.3 Mt/a ethylene, 0.3 Mt/a propylene, and 0.1 Mt/a C4 ). 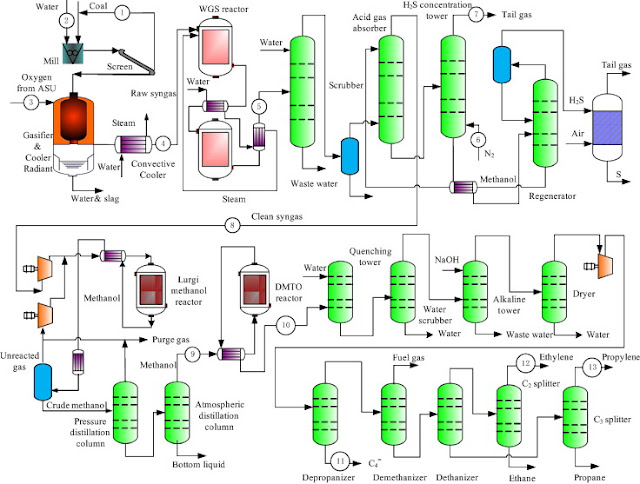 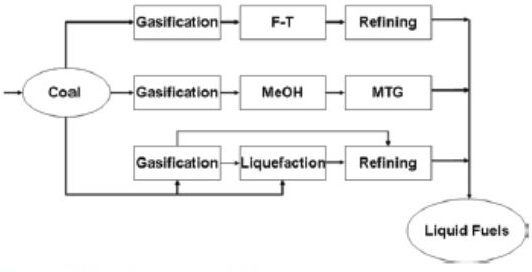 In a CTL facility the H2 and CO can be supplied from the coal gasifier.

The original Fischer-Tropsch process is described by the following chemical equation: 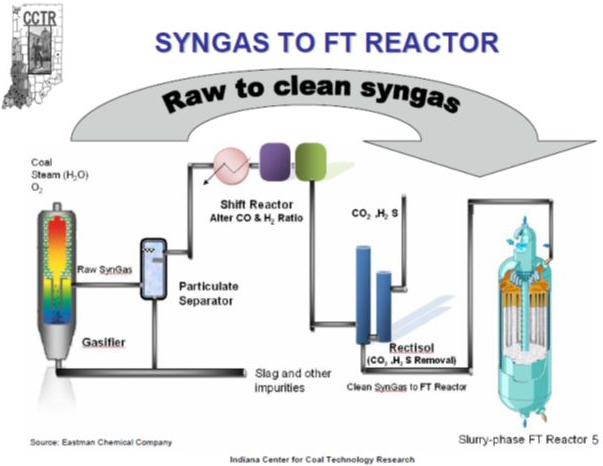