Advanced Coal Technologies is More Urgent Than Ever in U.S.

by Rudy P. SysAdmin at howtofindthemoney
When environmentalists talk about carbon mitigation, they invariably leave out coal technology. That's absurd. The reality is that, despite coal plant shutdowns in the United States and Europe, coal is prospering in Asia and beyond, and this requires a new way of thinking and talking about the transition to clean energy sources and how to facilitate the use of coal in an environmentally sound way – recognizing the considerable benefits this will bring in an era of economic uncertainty.
Those who think that coal no longer matters should think again. Though many coal plants have closed in recent years due to competition from cheap natural gas and subsidized solar and wind energy, coal still accounts for about 20% of U.S. generating capacity and much more in states where manufacturers demand a reliable supply of baseload electricity -- Indiana (56.7%), Missouri (72.8%), Kentucky (72.7%). 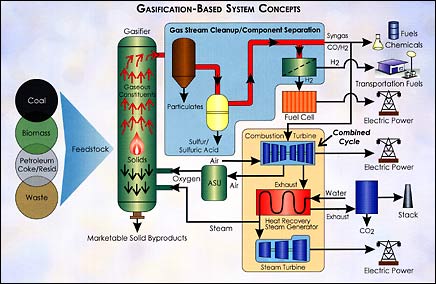 Globally, coal is the energy mainstay.  It supplies 40% of the world's electricity and 60% in both China and India -- and new coal plants are being added in a number of Asian countries to grow their economies. Among the countries adding more coal-fired capacity are Indonesia, Vietnam, Bangladesh and Japan.  Japan plans to build as many as 22 new coal plants in the next five years.  According to the World Coal Association, a total of 600 coal plants are currently under construction around the world.
Besides, Asia’s coal fleet is young, with hundreds of plants just a decade old. They will be operating for decades to come. But what really brings home the new reality is the fact that China has 250 gigawatts of coal-generating capacity under development – an amount larger than the entire existing coal fleets in the United States and India, according to the Global Energy Monitor.
This adds up to a very different outlook from a few years ago. Until fairly recently, the emphasis in China appeared to be on nuclear power, renewables and importing liquefied natural gas.  But now pressure to stimulate the economy has Beijing turning back to the energy security and affordability of coal.
China’s renewed commitment to coal and coal’s dominance in Asia must inform our own energy policy. Whether or not Green New Dealers like it, coal is here to stay and U.S. leadership in developing and demonstrating advanced coal technologies is more urgent than ever.
The U.S. must crank up its rate of innovation. A good start is the Department of Energy's Coal FIRST program, with its commitment to developing modular coal plants that produce electricity with nearly no carbon emissions. Further demonstration of carbon capture, utilization and storage technologies must also be part of the equation.
Rational climate policy embraces energy reality and considers the fuels the world uses and will continue to use. Fossil fuels meet the lion’s share of the world’s energy needs – roughly 80% -- and will remain irreplaceable for the foreseeable future.
U.S. energy and climate leadership will make clean energy technologies of all kinds affordable and globally ubiquitous. Domestic energy and climate policy that turns its back on coal and coal technologies, turns its back on meaningful global solutions.
The 10 largest coal producers and exporters in Indonesia:
Click Here! Top Clean Coal Contractors for Power Plant, Gasification, Liquefaction and Emission Control System
Source: Real Clear Energy