by Rudy P. SysAdmin at howtofindthemoney
8 Rivers Capital, LLC, was awarded seven US Department of Energy (DOE) grants worth over $30 Million to further develop its world-leading carbon capture technologies for flexible clean electricity that allows customers to achieve their net-zero ambitions. These projects will advance the Allam-Fetvedt Cycle, Lime Direct Air Capture, and the Carbon8 technologies invented by 8 Rivers, and continue 8 Rivers' 10 years of innovative leadership in advancing the global energy transition towards a net-zero carbon economy. 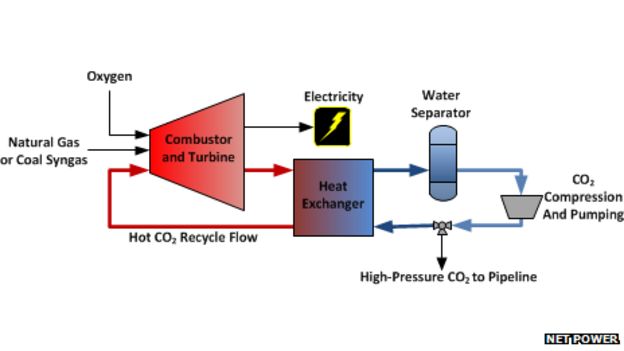 8 Rivers is partnering with global leaders in carbon capture to deliver this multi-million-dollar suite of projects:
Bill Brown CEO at 8 Rivers Capital, said: "By making clean cheaper than dirty, the 8 Rivers technology platform creates the economics that allows the world to achieve net-zero emissions by 2050.  Our mission is social at its very core:  the world can only achieve its climate goals if we drive the cost of electricity down to a level that every human being can afford.   We are grateful for the opportunity to work on seven projects with our world-class partners at GE, MIT, NREL, PSI, SWRI, and UNOTech, advancing the DOE's goals for carbon capture and the world's goals for hitting net-zero emissions."
8 Rivers will be the Principal Investigator on two grants and provide its world leading carbon capture expertise to the five other projects. The DOE's Advanced Projects Research Agency for Energy (ARPA-E) is supporting four of these innovative projects through its new Flexible Carbon Capture and Storage program, which aims to develop carbon capture technologies that can be responsive to grid conditions with large amounts of solar and wind. The two syngas projects will be funded through DOE's Critical Components for Coal FIRST Power Plants grant program.
8 Rivers sees a large global demand for its portfolio of low- and negative-carbon technologies. 8 Rivers' technologies for oxy-combustion, retrofit carbon capture, and direct air capture (either through machines or, better yet, through working with nature's own processes) provides a necessary and enabling complement to solar and wind power, while helping the world to reach even deeper decarbonization targets at the lowest cost. In its recent 1.5 degrees report, the IPCC recognized that carbon capture is essential for the world to reach net-zero emissions by 2050.
8 Rivers Capital, LLC is a Durham, NC-based firm leading the innovation of sustainable, infrastructure-scale technologies. As the inventor of the Allam-Fetvedt Cycle, 8 Rivers is also focusing on developing economic and sustainable production of hydrogen well below $1 per kg and uses for the CO₂ captured by the cycle, including the production of ethylene and other valuable products and the removal of sulfur impurities from gas streams. 8 Rivers is also developing technologies to deliver space launch and wireless communications at fiber speeds, but at a fraction of the cost of existing technologies. For more information, please visit: www.8Rivers.com
The 10 largest coal producers and exporters in Indonesia:
Click Here! Top Clean Coal Contractors for Power Plant, Gasification, Liquefaction and Emission Control System
Source: PR Newswire