by Rudy P. SysAdmin at howtofindthemoney
The wind may be free and the sun, when it’s shining, doesn’t cost a penny. But wind and solar literally cost the earth. Put aside the wholesale slaughter of birds, bugs and bats; the destruction of idyllic landscapes and once bustling communities, with residents driven out of their homes by incessant turbine generated low-frequency noise and infrasound.
Then, there’s the inevitable surge in power prices that follows any pursuit of chaotically delivered wind and solar. It’s a night-follows-day kind of thing. Just ask a South Australian, Dane or German.
And you might also direct your enquiry to the people of Georgetown, Texas, where power prices jumped by a fifth overnight.
A town in Texas went “100% renewables” and prices jumped 20%
Georgetown Texas did the Fake Renewables Show and Dance — the one where they “buy” 100% renewables but are connected 24/7 to a grid maintained by the usual non-renewable baseload generators. No doubt they paid for the right number of gigawatt hours of renewables but it’s a mere electrical-accounting trick. They didn’t cut the cord, and they’re not paying for all the hidden costs they would incur if they did. 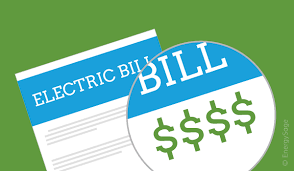 The real cost of the mythical “100% renewables” does not include a gas fired backup station (which they’re using) — but it does include a huge storage system, transmission lines, and frequency control. They’d need something like 60,000 tons of lithium-ion batteries costing about $2 billion dollars* and maybe a couple of dams too.
Energy Transitions
How 100% renewables backfired on a Texas town
Edward Klump, E&E News reporter
Electricity from various sources commingles on the main Texas grid, and the city said it’s not claiming that electrons produced in West Texas are the same ones people consume in central Texas. Georgetown’s customers have been paying for all-renewable energy since April 2017, based on a standard in Texas, it said. Still, the city said it incorrectly projected the cost of its energy approach by about $26 million over a few years and used one-time solutions to cope with that.
The city ended its 2018 fiscal year on Sept. 30, 2018, with an electric fund balance of $1.97 million, or $6.84 million less than projected.
The monthly bill for an average home in Georgetown that uses 1,000 kWh per month climbed about 22% to $144.35 in 2019 compared with 2018, according to the city. Much of that jump, though not all of it, is related to a higher power cost adjustment.
The big problem for renewables is that fracked gas is too cheap
If only those gas engineers hadn’t found a way to extract gas so cost effectively — then everyone would be happy paying more for renewable energy:
Joshua Rhodes, a senior energy analyst at Vibrant Clean Energy LLC in Colorado, said people were trying several years ago to figure out how the fracking revolution would change the price of gas. He said there was an expectation that it would recover.
Instead, gas has remained cheap given massive U.S. production numbers. And power prices have been relatively low in Texas’ main power market, despite some summer spikes.
“They made the best-laid plans that they had at the time,” Rhodes said of Georgetown officials. “But luck wasn’t on their side when it came to the price of natural gas.”
Such terrible luck.
Though the poor residents of Georgetown are still paying less for electricity than most Australians.
The 10 largest coal producers and exporters in Indonesia:
Click Here! Top Clean Coal Contractors for Power Plant, Gasification, Liquefaction and Emission Control System
Source: Stop These Things