Why Java for Game Development? 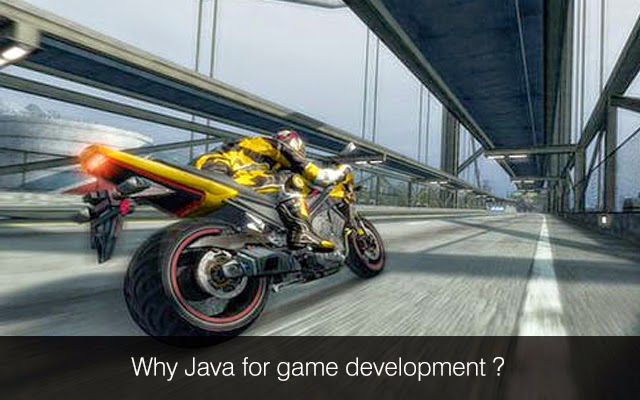 What Makes Java the Best Programming Language for Game Development?

Easy to Use: Java is much simpler to code and maintain than other programming languages. So the game developers can write, compile and debug the code without putting any extra effort. At the same time, the object-oriented feature of Java enables them to create modular programs and reuse the code. The game developer can rely on Java to curtail the game development and deployment time.

Compatibility: Java runs on a virtual machine called JVM. So the Java byte code can run smoothly on various widely used platforms. The feature makes it easier for game developers to create games that run on multiple platforms. As Java is platform-independent at both source and binary levels, it becomes easier for programmers to deploy the game by switching from one system to another.

Large Amount of Libraries: The game developers also have option to avail a large collection of Java libraries. They can simply use a specific Java library to accomplish specific tasks without writing lengthy and complex code. Java 8 further enables developers to simplify their code using lambda expressions. The feature further helps them in writing code that is compact, simple and easy-to-maintain. The reduced boilerplate code improves the productivity of developers, while curtailing the game development time.

Option to Create Mesmerizing Graphics: Like other applications, games also use eye-popping graphics to keep the users engaged. The quality of the graphic can also have a direct impact on the game’s popularity. Java 8 comes with a graphics toolkit called JavaFX 8. The standard development kit includes innovative UI controls, HTML5 support, 3D graphics feature and embedded graphics stack. So it becomes easier for developers to optimize the overall look, feel and appeal of the video game by incorporating eye-popping images.

Java Game Development Tools: The game developers also have option to use several powerful Java game development tools. As Java is used widely for Android mobile apps and games, it also becomes easier for the developers to create games by targeting the most popular mobile platform. Some of the powerful 3-D game engines like jMonkeyEngine have made it easier for developers to create 3D worlds for games that run seamlessly on multiple platforms and devices. As these open source game engines are written in Java, these can be modified by the game programmers without using any other programming language.

Despite being used widely for web application development, Java is still considered by many game programmers to be unsuitable for video game development. But you will find several popular notable and popular video games designed using Java. It is always important to evaluate the features of Java according to the specific needs of the game development project to decide the right programming language. You can get in touch with Java application development companies who can help you develop web apps that are stable, scalable and secure.

We provide Java web development services. If you would like to hire expert Java developer for your development needs, please contact us Mindfire Solutions.